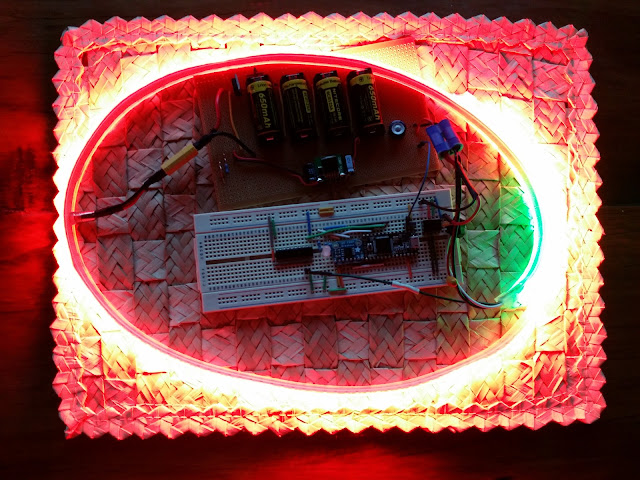 Yeah, this is going to be bright.

That’s the test power board, the test centre board, and the test strip. The power board holds four 16340 Li-Ion cells and a 5 Volt, 4 Amp converter (and some other gubbins). There’ll be four of them, one for each strip. The centre board holds the Teensy, motion sensor, FRAM, and level shifter (and a bunch of other gubbins). The test strip is 144 Neopixel LEDs. There’ll be 800 of them.

Testing reveals a bunch of issues to fix, but at least I’m at the stage of making light.