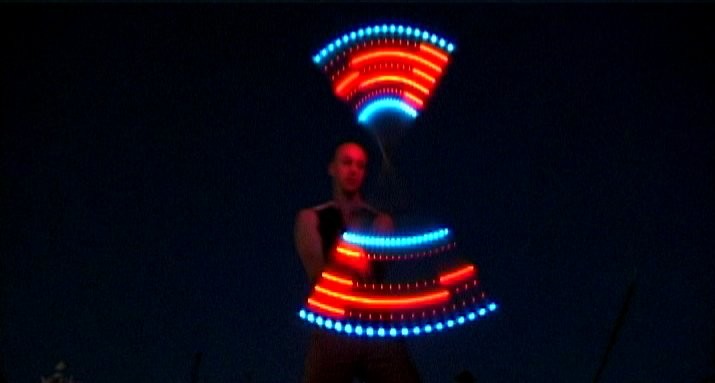 So a plan formed in my head to make a glow staff. Now, coz I’m stupid an overachiever, I decided to make one with bells on. A glow staff that pushed the boundaries, a glow staff like no other. The only limits are technology, time and money. The technology I can handle, and I don’t have kids or a TV, so time and money are no problem.

There was a slight drawback, in that I hadn’t done any electronics since school and wasn’t entirely sure what a microcontroller was or where to get one. I’d never designed a digital circuit or etched a circuit board, but hey, it can’t be that hard, right?

Several years later, the Mark 3.5 is quite shiny. Forty RGB LEDs, all individually addressable, over a hundred patterns, and bright enough to hurt*. So at long last and before I get too carried away with the Mark 4, it’s time to write down and share what I’ve learnt, both about glowstaffs and electronics. This writeup is an attempt to help other people avoid making the same mistakes as me. And there were a lot of mistakes.

The writeup is going to look like this, one per weekday, until we’re done: 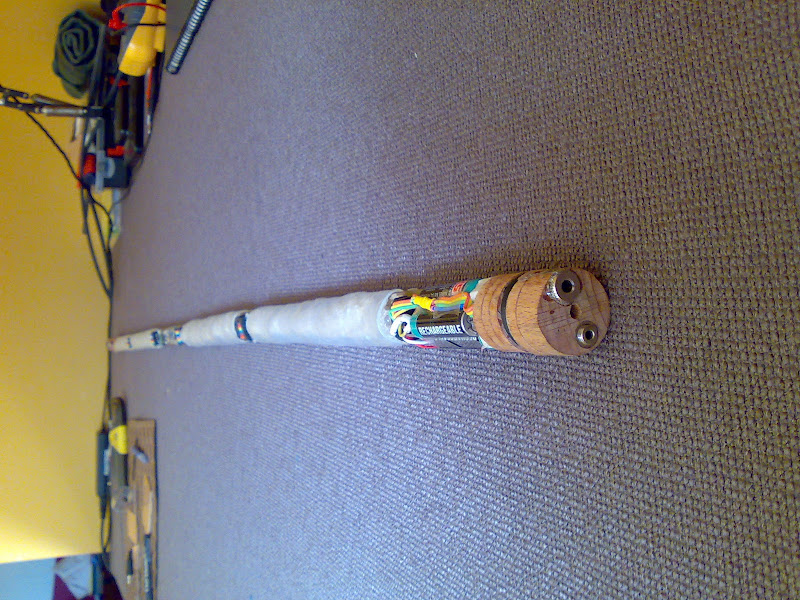 * – Mostly the Mitochondrion hurts other people, coz when I’m spinning it, I can’t see anyone or anything else.