For those of you who are not Antipodean, the Triton workcentre is an Australian icon. How many other power tools have an owners’ club? Each one mounts a circular saw onto a carriage, mounts that carriage onto a table, and lets you cut wood across and along. In 1975, that was all any man needed to feel fulfilled.

The classic workcentre is the Mark 3, from 1984. The Mark 3 brought along a major step forward for the Triton world, the bright orange paint that they still use today. My Mark 3, like all good tools, came from the in-laws. It’s covered in shavings, a bit rusty, and does the bloody job.

Or rather, it did, until I lost the locking pins while moving house. Bugger, as they say around these parts. The workcentre has a removable table and to switch from cutting across to cutting along, you have to move the table from the cutting across position to the cutting along position. To hold the table into place, there are two pins that slide into holes, lining everything up, and then a quarter-turn locks everything. Without the pins, you’re screwed.

Sweet, fine, they still make the parts, I’ll order two more. Oh… bollocks. They still make nearly all the parts, but they don’t make locking pins. Fine, I’ll make them myself… except they’re a really awkward shape. A bent peice of metal, I can do. In fact, most pieces of metal that I make end up bent, whether deliberately or not. But those two little forged lugs on the side? Those are a pain in the arse. 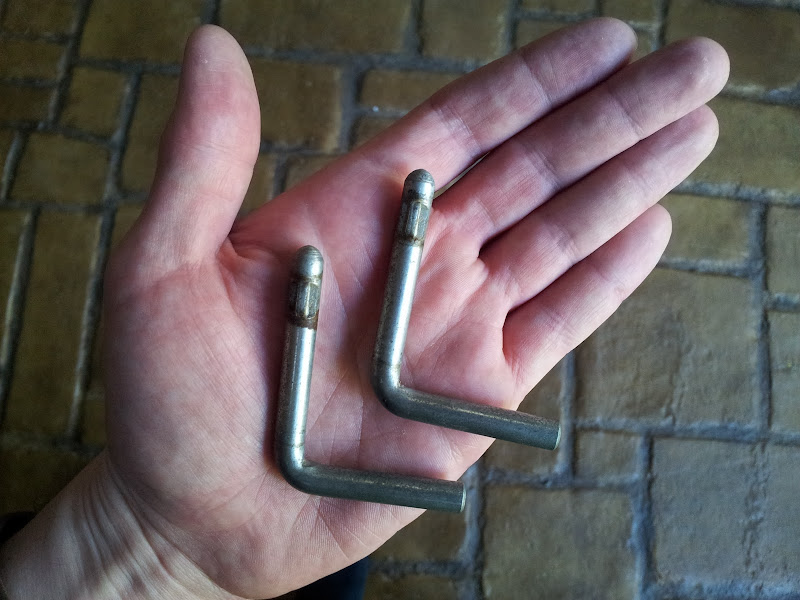 So, after some head scratching and the requisite degree of umming and ahing, I decided the way to go was 3D printed stainless steel. Given this is the Twenty-First Century, bodging up a repair starts with sitting in front of a CAD package, drawing away, with occasional trips down to the workshop with the calipers to measure the various holes in the workcentre table and frame. I’m not too flash with any of the various CAD packages I have to hand, but it’s a sufficiently simple shape that drawing it up didn’t take too long. 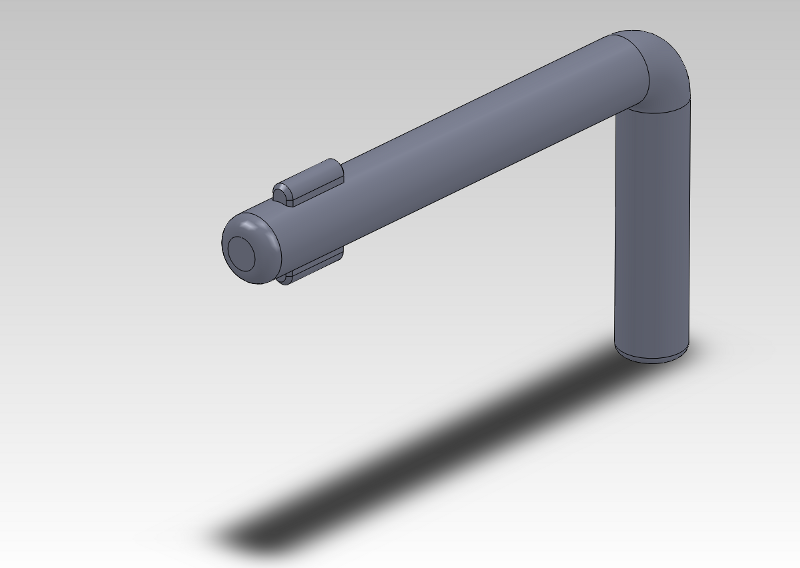 Sent the design off to Shapeways and, three weeks later, these babies turn up: 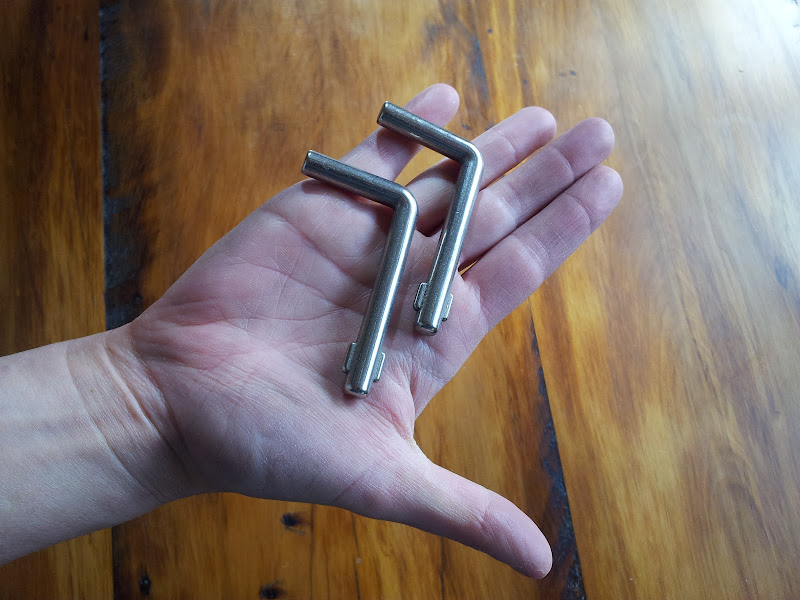 And then I realised two things. Firstly, 3D printing in stainless steel is really expensive. US$8 per cubic centimetre. Ouch. Still, it’s cheaper than a new workstation. Secondly, three weeks is a long time to wait when you want to know if your design is going to work. And of course, the first version didn’t. Or rather, what I drew fitted just fine, but I’d put the lugs at the wrong angle by ninety degrees. What can I say? I am a special and unique snowflake.

Anyway, the second version fixed that. To reduce the price by a third I cut the length down and cored out the centre of the bar which is the kind of thing you can only do when you’re printing. Here’s the two versions: 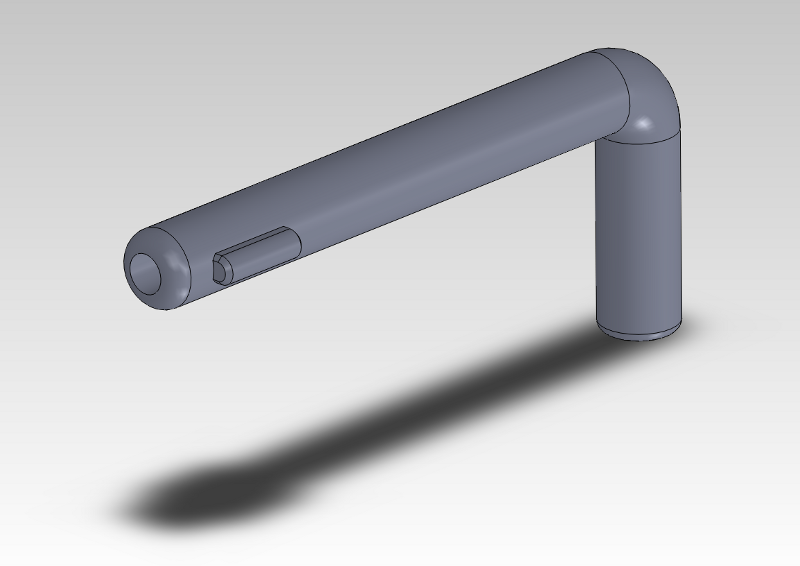 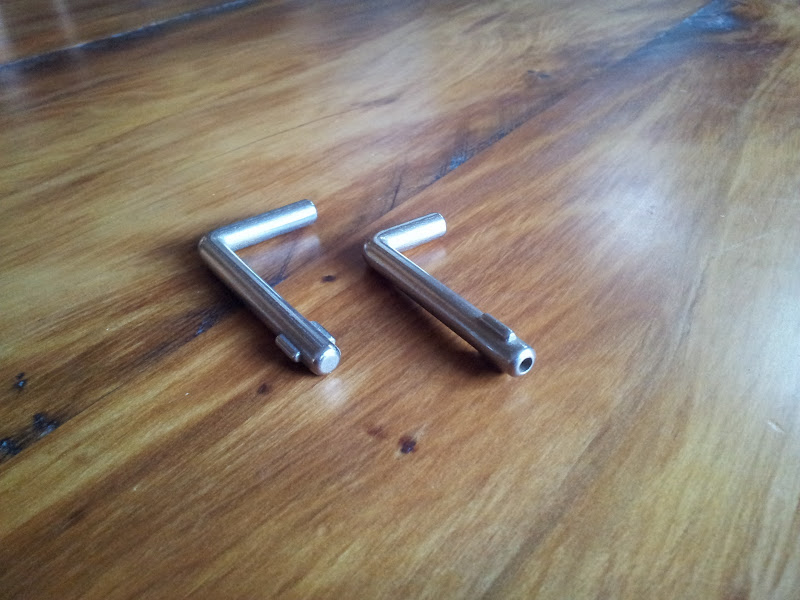 So now I’ve fixed the workcentre and the last twenty metres of skirting for the house are underway. A quick look at the Triton forums suggests there’s a few other people in a similar situation, so if anyone else wants these pins, then you can buy them from Shapeways.

POSTSCRIPT:
Of course, once I’d made the perfect replacement locking pin, what did I find?

Yup, the old ones were buried downstairs, in a box, ready and waiting to pop up just as soon as I’d sorted out the new ones. Anyway, at least I now know that other people can replace their locking pins, should they do a better job of losing their parts.