Driver boxes for the Flying Carpet, Marks 0 and 1. You could call this the march of progress, so long as progress is defined as smaller and tidier: 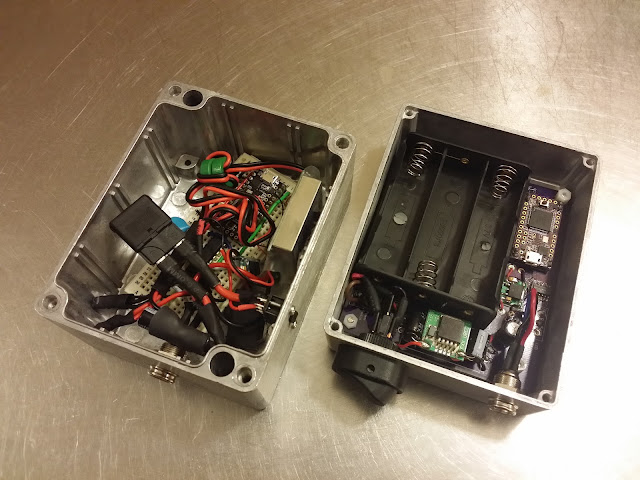 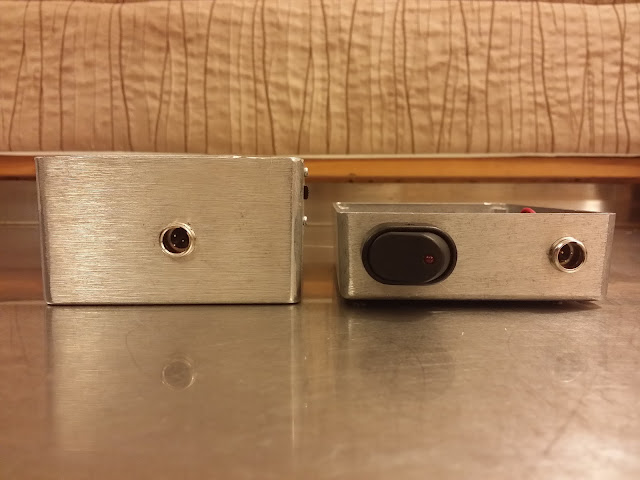 In fairness, I did the Mark 0 in a day’s rush before Kiwiburn, hence the horrible jumble. The Mark 1 is tidier, but of course building it revealed a bunch of extra tweaks to make assembly easier, like making everything through-hole, adding screw terminals, and shifting the sockets for easier access to the mounting screws. So there’ll be a Mark 2 and I’ll share that design.

The goal is a family of bomb-proof LED strip drivers, in a selection of sizes.

Specs for this version are: Teensy 3.1, level shifter, 34 Watt-hours of Lithium-ion cells, and 15 Watts to run NeoPixel or Dotstar strips. Will run 50 LEDs white and full brightness, 150 LEDs at single colour and full brightness, or many if your patterns are not full brightness. And a solid metal case that you can step on, and locking connectors so the cable won’t fall out.

Or maybe we just like to put googly eyes on all the things. This is the soft case for the hard case for the Mark 0 driver: 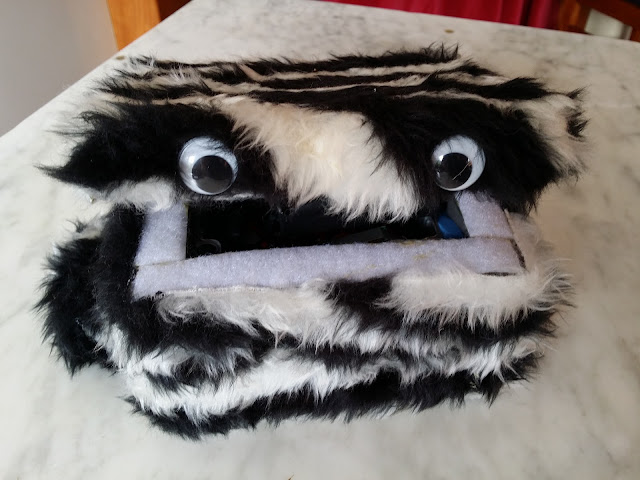