No Mitochondrion Mark 5 for Kiwiburn… but something else instead

Right then, after a fair amount of swearing, I made the decision that the Mitochondrion Mark 5.0 has some fatal design flaws and won’t be ready for Kiwiburn. Turns out the 144 LED per metre Neopixel strips are a bastard to join and connect to. There’s a variety of ways to do it, none of which will work with my very tight design. Seriously, don’t try to squeeze as much into a one inch tube as I did.

This does mean I’ve learnt enough that the Mark 5.1 should be much easier to construct. This does mean designing and ordering new circuit boards, stepping the power down to 60 Watts not 120 (coz it was going to melt), using more reasonably sized batteries (14500 not 16340), and trying the new APA102 strips with POV and smooth colour fades.

So instead of the Mark 5, we’re bringing something else. It’s a Wendy & Jez co-production and you are all invited. You’ll know it when you see it, but yesterday it looked like: 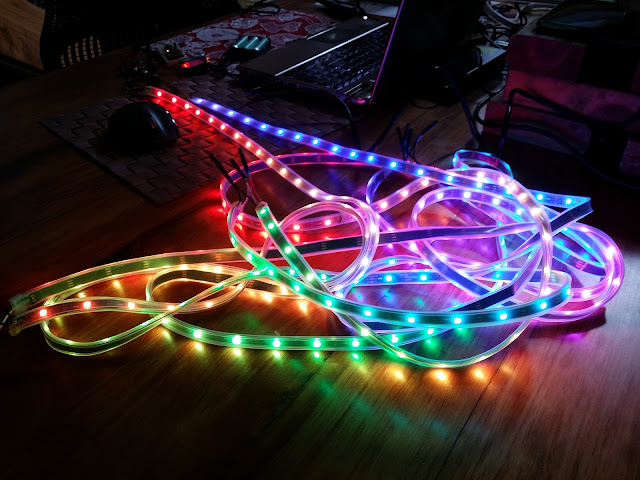