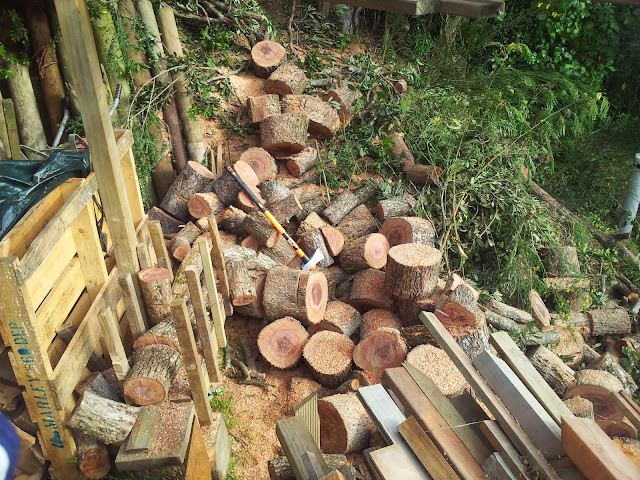 That’s a lot of bucking and splitting and stacking to do, maybe three cubes? I’m in favour of making this easier and safer, hence my three recommendations for firewood processing: the old car tyre, the bucking stand, and the maul handle protector.

You know that thing where you give a round a good strike with the maul and then half of the round flies off sideways at high speed, bounces down the hill, and is never seen again? Well, maybe not if you’ve a flat section, but even then, who want’s to be chasing after wood? Someone threw this car tyre onto our section some time in the last few decades and it works perfectly for holding a round to split. Thanks, you littering arsehole. 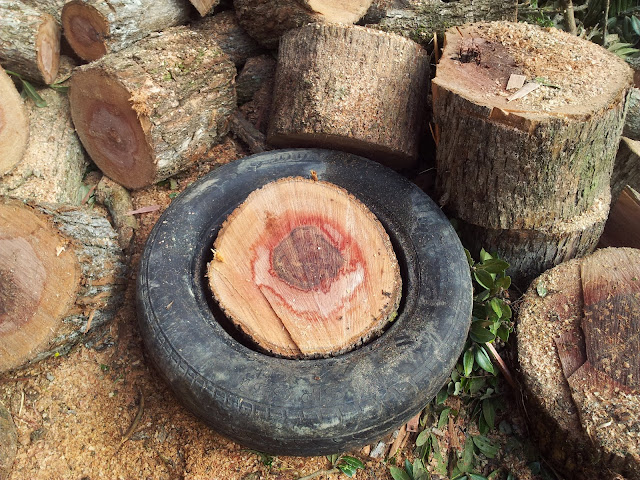 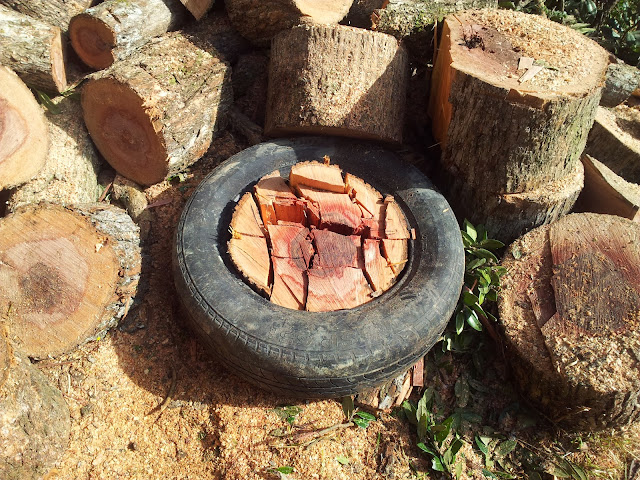 You know those medium-sized branches that are still worth cutting to length but a bugger to hold? I finally realised that holding them down with my foot next to a chainsaw was idiotically dangerous and very slow. So I made a bucking stand. Now I can pile up branches and cut a bunch at a time. Also, yay for just having lots of bits of timber and long screws lying around so I can make things like this. 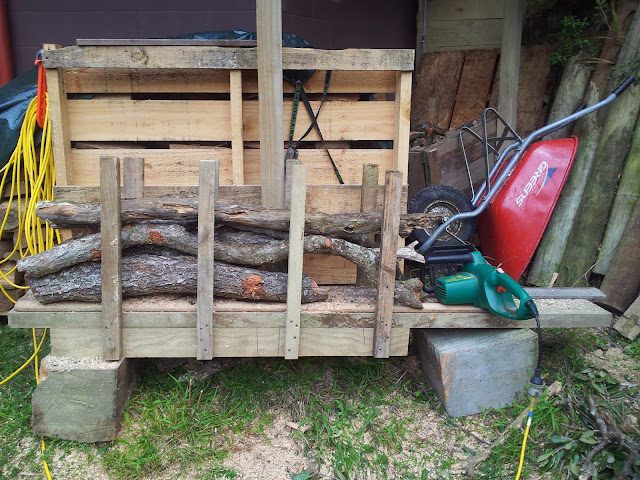 You know how maul handles get damaged just below the head? And how there’s various recipes for making handle protectors out of rope or rubber? Rope only needs one break before it starts to come off. Rubber absorbs impacts, but gets cut and starts to come off. Instead, I went with aluminium tube and bathroom sealer. The sealer fills the gap between the tubes and the handle with something bouncy; the aluminium protects the sealer. This pic is after a season of splitting, no damage so far. Ask me again in a decade and I’ll let you know whether this was a good idea or a great idea. 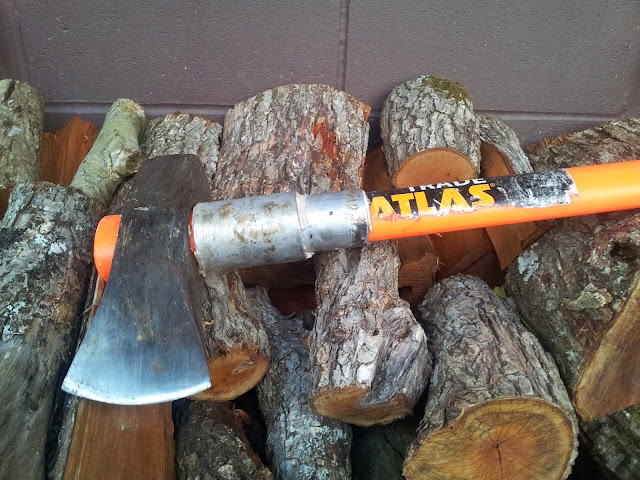 So now there’s various stacks of wood around. We’re running out of flat space to store wood while it dries, not that we started with much flat space to begin with. We might have to build a shed. 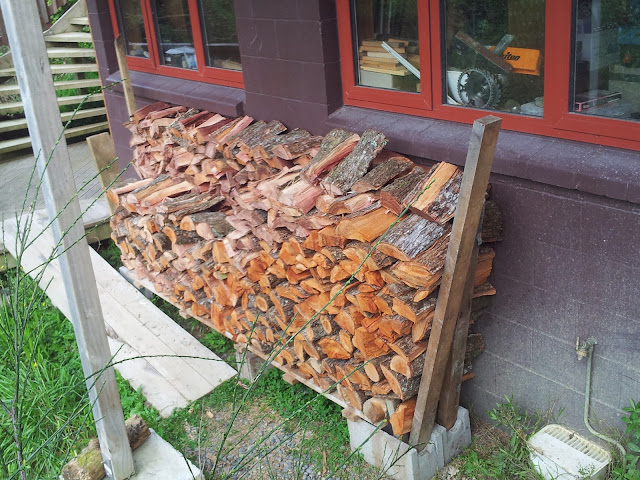 I’d love to pollard some of the natives, maybe the puriri, the mahoe (although it’s crap for burning), and perhaps get some kanuka in the ground. For the next two or three years, I’ll let the sycamore grow down in the gully. I’m not planning on putting a path down to the gulley for a few years anyway and without a path, getting that wood up and out would be a mission. They should have grown a useful amount of wood by then. Also, when the hell did I start making three year plans?