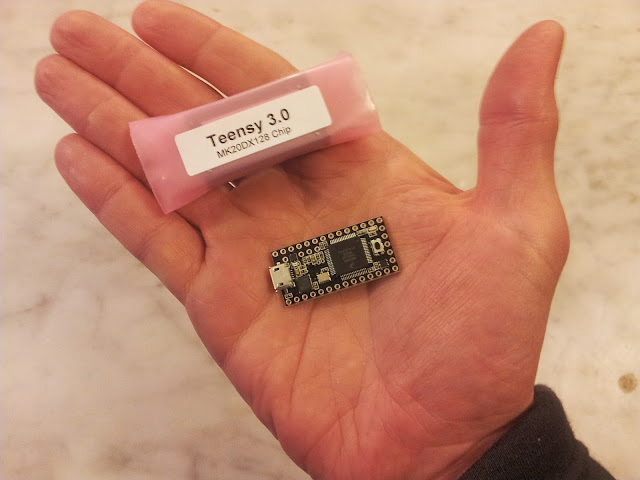 It’s a serious step up in performance from the Arduino Nano that runs the Mark 4. Four times the program memory, eight times the variable memory, four times the clock speed and 32 bit not 8, so quite substantially more grunty.

Which is somewhat handy, as it’ll will have to look after somewhere between three and eight times as many LEDs.

2 thoughts on “The Mitochondrion Mark 5 begins…”