So yesturday decided to be dire:
1) I get feedback on my major project from the key recipient. “It needs to be better. Umm… not sure what better means here.” Yeah, thanks for that.
2) The Climate Science Coalition published more of the usual bollocks. Only this time it found it’s way into a Royal Society newsletter, making us look particularly stupid.
3) I get home and there’s a dead rat in the roof and flies everywhere.

So I sorted out the rat, went to aerials training and the moment my hands held the tissu and my feet left off the ground I forgot all about the bullshit.

This is the first component of the Next Project. 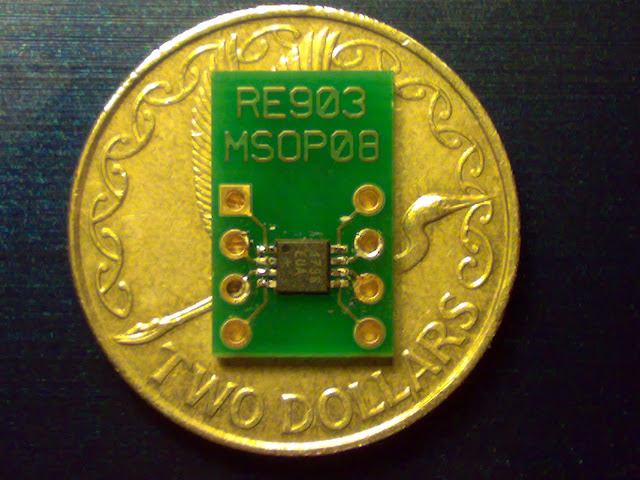 It’s also the tiniest thing I’ve ever soldered. The little square thing with legs is a MAX1796. It will give me five Volts from one AA battery. It’s also 3 mm square.

We finished maybe a quarter of the posts and beams: 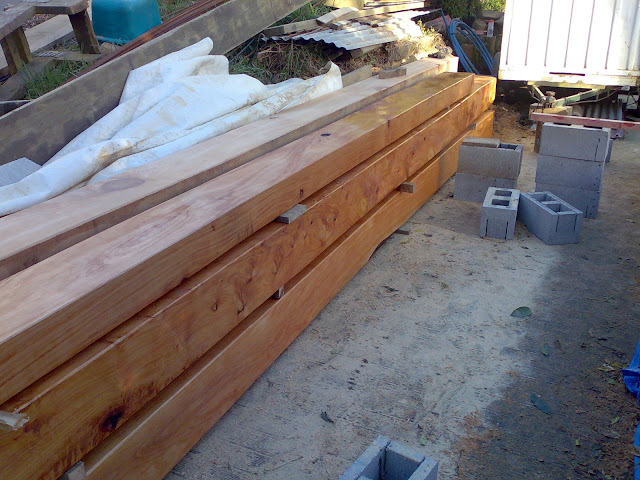 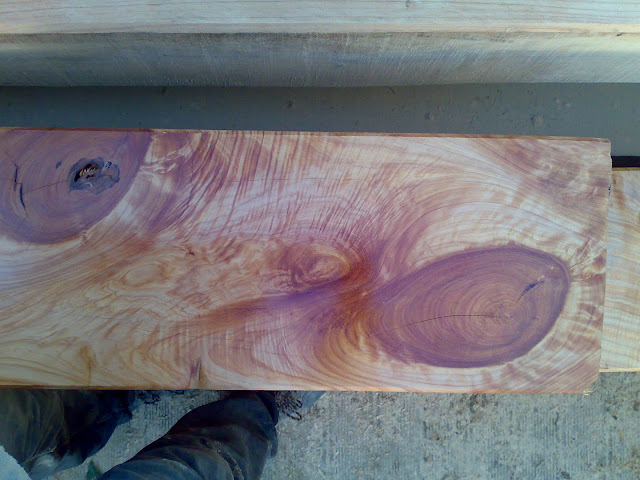 Next on the list – plane, sand, and oil the rest of the beams.

Somewhere further along the list of things to do is – move these along the path to the house, then mount them vertically. And then put a roof on top of them. This will be non-trivial. 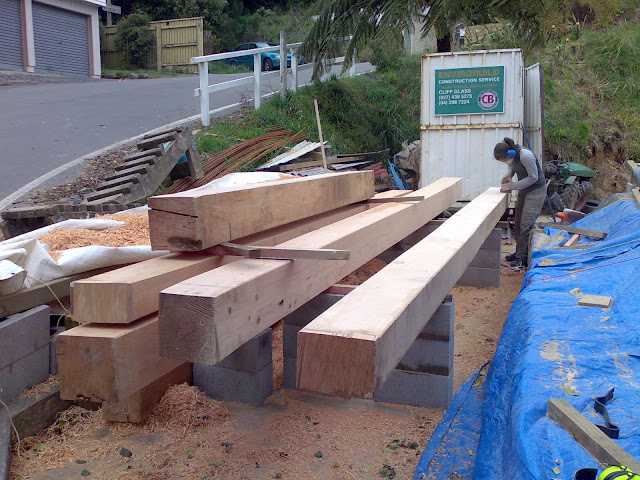 Hopefully, this is the last Mitochondrion part to be made, for the mark 3 at least… I’ve learnt some important lessons here, like small, highly loaded parts should not be made of wood, and never, ever make anything that’s three dimensional. Make lots of two dimensional things and then stack them. 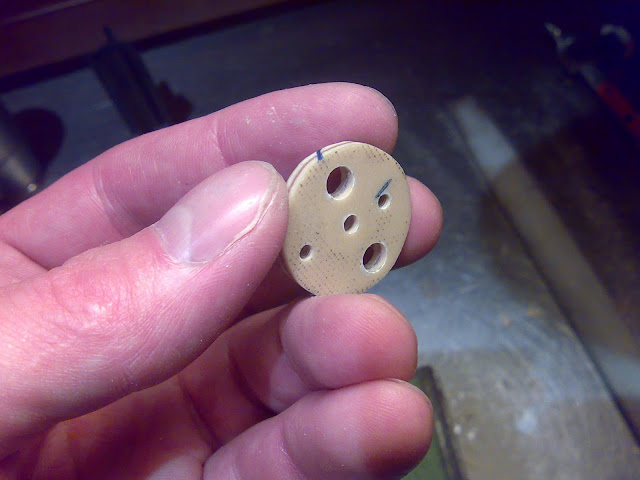 The hot house in the Christchurch botanical gardens, on a cold winter’s day: 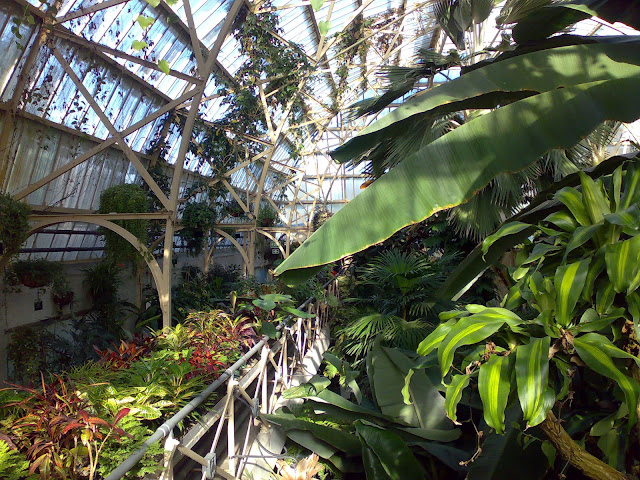 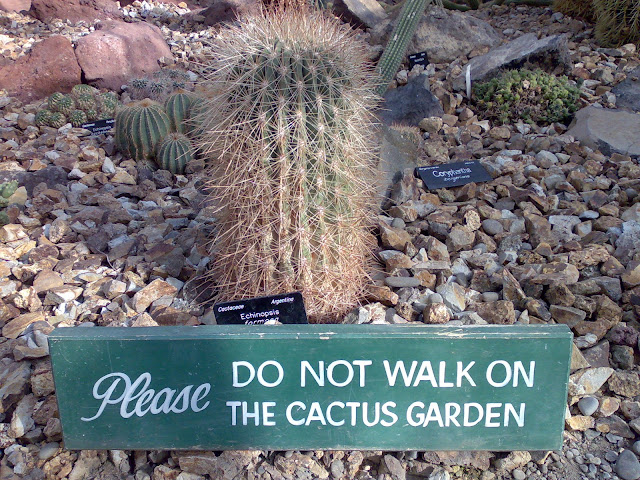 National economic growth depends upon international factors and has bugger all to do with national policies, according to the evidence in the paper. Let’s be very clear about this, shall we: there are no statistically significant links between domestic growth policies and domestic growth rates.**

It’s a shame that the NBR and Business Round Table can’t pay attention to the evidence. This research strongly suggests that despite whatever bitching to the contrary, there’ll be no difference between a Labour and a National government when it comes to how wealthy the nation gets. The difference is how that wealth gets distributed. 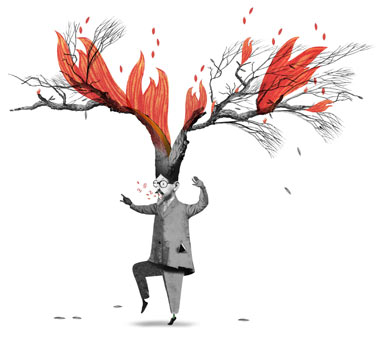 This pic, from The Economist’s article on the current state of economics, suggests that someone has been taking far too many drugs. But then, if you were an economist these days, what else could you productively be doing?

Political science, as described by computer scientists and further discussions of the Westminster 1.4 distributed head of state protocol from an object oriented perspective. All relevant to NZ, where our Local Distributed Queenship Node is implemented as Sir Anand Satyanand.

This is “clearer in Python than English”, as many things are.

* – Assuming first-world conditions, of course. Bad governance can decrease growth, where bad means third-world levels of corruption.
** – Aside from several countries in the decades closest to World War II for fairly obvious reasons.

My main conclusions so far are:
1) Jacques Derrida needs a punch in the face
2) I may be missing the point
3) There may not be a point
4) The lack of a point might not matter, in which case what’s the point again?
5) I have bruises everywhere
6) When contemporary dancers enter your house, it’s good hospitality to offer “Tea? Coffee? Voltaren? Arnica?”

This was written six months and two weeks ago, halfway through a festival for New Year’s, when the weather wasn’t antarctic. So yeah, sunnier days:
——————————-
Joel scores us a prime spot, morning shade, close to everything but far from noise.

OMG hippies everywhere. The urge rises to play death metal at apocolyptic volume and do burnouts. Still, they are harmless so long as you stay upwind. Despite that, lots of people here that I’d probably like, if it talked to them. Instead, I go to bed.

Location is bucolic. And that means sheep baaing at 6 am. Will actually gambols. Bucolically.

Festival starts. It rains. Lots. We chill out in our big tent. It leaks. We chill harder in the van. Bean bags + all the cushions + duvets in enclosed space, with Deadmau5. We chill so hard that there may have been dribbling. After the house is built, I may have to keep the van after all, as a portable fluffy room. Then again, house will have a snug, for this reason.

But then, I could hear dubstep, so there was dancing + staff spinning in the rain. I am so hardcore, briefly.

Rain finally stops at sunset. The psychedelic amobae’s nucleus (Joel & Wendy) decide that it’s a 200 glowstick night. We manifest our desires. I dance around with the Mitochondrion and a huge grin. Apparently lots of people were watching, I have no idea, coz when I’m spinning it, I can’t see shit. Hopefully they’ll keep out of the way.

After a bit, the Mitochondrion crashes in an entirely new way, but leaves a pleasant blue light along itself. I mission off around and find all my favourite dnb tunes, they even play progidy. And a bloke with one acoustic guitar and a million effects pedals making layered waves of crashing sound. I even find a chair, relax for a while then realise I’m freezing my nuts off. So stagger back, bumping into Rich and pausing to discuss capacitors.

Take the Mitochondrion to pieces and conclude it’s an i2c problem, which is a tad strange, as the i2c isn’t connected to the part that’s making it crash. I go “huh?” and sleep on it.
——————————-

Now that we’re half-way through this year, progress is:
1) House started, one set of foundations and walls done.
2) New hardware and software for the Mitochondrion means it rarely crashes and frequently recovers. The display code is all done (as of last night), the behavioural stuff getting there.
3) Seriously in the groove for work, have finally got to the point where I can just get on with churning out the good stuff.
4) Back to training aerials regularly.
5) I’ve discovered minimal, so the subwoofer is now living in the lounge. Also, the van’s a tip coz building the house started.

And how’s it going for you?

Everyone should go and see Slava’s Snow Show while ON MUSHROOMS.

(I didn’t but I can’t think of anything better.)

Everyone should go and see Slava’s Snow Show. Is on till sunday.

(Also, sheep are the cause of global warming, through the sheep albedo feedback loop.)

(EDIT – Covent Garden Winter Lights. This is what I want the Mitochondrion to look like. I’ll need a faster computer to run all those LEDs though… 17 Mb vid here)

I flew down to Christchurch today to try to think of hard questions while talking to someone very smart indeed. After 90 minutes of very handy answers from him, my brain was somewhat fried.

So I’m vacantly wandering towards the Botanic Gardens, there’s a guy playing with his dog. He’s got one of those cup-on-a-stick tennis ball throwy things and he’s really giving it some, firing that ball off into the distance. The dog loves him. I love him too, when he fires that ball up too high, the ball hits the branch of the tree above him and bounces straight back to whack him on the head.

I don’t think he heard me laughing, but I couldn’t stop myself. Sorry, anonymous tennis ball guy, but you were what I needed.

And it turns out that a stroll through a hot, humid glasshouse full of banana trees was also what I needed.

Further things that we need. Hat tip to Barack there.

Video conferencing with a half second delay means that for the first time in my life, I get to watch myself blink.

This is most strange, but I don’t appear to be bad at it. Blinking, that is.

Also, if I blink continually at half second intervals, then I can’t see myself blinking. This is weird.

There needs to be a iconic image for pre-emptive face-palming. Like these:

…but for ideas that are not yet widespread, but will be in the future. Memes that only rarely occur in the public consciousness now, but will gather steam to the point where it’s impossible not to hear about them. It’ll be for marking stupid ideas that will just not go away, no matter what their flaws, because they appeal enough to people’s hopes that those people won’t look at them in enough detail to notice the stupidity.

Geoengineering is one such idea. Hey, let’s solve global warming by:
1) Sunshades in space, bigger than India
2) Pumping sulphuric acid into the stratosphere
3) Nutrifying the oceans
4) Painting all the deserts white
5) Insert crackpot idea here

Everything we know suggests these schemes won’t work or will cost far more than reducing emissions, and will have god-awful side-effects. But hey, everyone* likes driving Hummers, and reducing emissions is too much like effort, so we’ll just carry on regardless, hoping that some magical geoengineering scheme will absolve us of any need to get off our arses and out of our Hummers.

See also “If global warming is real then why is it cold?”

The blockies have been and blocked, so what used to look END_OF_DOCUMENT_TOKEN_TO_BE_REPLACED