I have been in NZ for seven years.

I had a long weekend of doing stuff.

END_OF_DOCUMENT_TOKEN_TO_BE_REPLACED

Moving a huge pile of fantasy books this weekend led me to consider the
‘wouldn’t it be wonderful to have a magical telepathic pony’ meme. Said pony would most likely say something like:

“I’m bored, this grass tastes funny, why am I stuck in this field, where are my horse friends, I’m bored, there’s a fence in my way, I want to run down the motorway, I’m bored, it’s raining now, I’m still bored, OMG A TIGER!!!! oh no, it’s a tree, hey guess what – I’m bored.”

And a magical telepathic kitten would just say:

From which we can conclude that magical telepathic animals would suck.

In other news, I love my phone dearly. It does nearly everything, it texts, plays music, videos, it’s a picture camera, a video camera, it plays games, it’s a watch, an alarm clock, a GPS, an altitude meter, a map, it’s got the internet, several reference books and datasheets, a word processor, a spreadsheet, a portable hard drive, a radio, a voice recorder, a bar code reader, an address book, a calendar and a notepad. And the other day, I was holding it, reasonably and justifiably awed, and I realised – hey, my phone is also a phone. Yup, I could call someone and hear their voice, even though they’re not actually in the room with me. It’s like magic! So I called someone.

(She was in the bedroom and I was in the living room, but still, magic I say!.)

ACT I SCENE 2. A road, morning. Enter a carriage, with JULES and VINCENT, murderers.

Also, it’s ALIVE! The main brain1 for the Mitochondrion is on and programmable2, after I replaced the blown chip3.

1 – A Picaxe 28X1, surface mount. About as powerful as a ZX81 but around 10,000 times smaller and costing $28. I love the 21st Century.
2 – But it’s only got one output at present, a small red status LED on a piggy-backed accessory board. So I can program it in a variety of complicated ways, but it’ll still just result with one LED blinking on and off.
3 – Oh, and discovered and fixed possibly the most stupid mistake yet – the connection to the board is a plug with two rows of holes. It’s possible to plug said plug into one row of pins and not notice the overhang. This fooled me for a week.

I’ve just been to a talk by an astronaut-to-be. She’s off to the International Space Station next year. Good for her. Is it really sad that my main response was “two hundred billion dollars, you could have done something really useful with that”?

END_OF_DOCUMENT_TOKEN_TO_BE_REPLACED

NZ’s own Jim Salinger, of NIWA, achieved global fame last week – he was quoted in The Onion – “Beer production threatened by climate change”. More about the OMG NO BEER! problem, a risk hitherto unconsidered when it comes to dealing with this issue.

If this doesn’t convince people to take action, what will? Could we validly say that climate change will be mean to kittens, or will cause your ice cream to melt, or will make your car go slower?

Well, for the last one, there could be an effect, if the world gets hotter and more humid. The hotter air is, the more it expands. The more it expands, the less air your engine can get into each cylinder, so the less fuel it can burn, so less power. The more humid the air is, the more water is held in the air, the more dilute the oxygen is. More dilute oxygen means less oxygen in each cylinder so less fuel so less power. These effects are tiny and trivial (unless your tuning a race car to its last smiddgen of performance) and only true in the average (coz some places will get colder some of the time, some will get drier some of the time) but OMG CLIMATE CHANGE WILL EMASCULATE YOUR V8!!! That might convince some die-hards.

Is it worth doing anything about something? Is it cost-effective to:
1) Invest in reducing smoking now when the benefit won’t be seen for decades?
2) Tax breaks now or putting money in the bank for a rainy day?
3) Build houses that’ll last for fifty years, or require people to spend more money for a house that’ll last for a hundred?

All these have costs now, and benefits in the future. So how to compare jam today with jam tomorrow? In policy wonk land, we compare current wealth with future wealth using a thing called a discount rate. If you had a dollar and put it in the bank, next year it’s worth one dollar plus the interest rate. Discount rate is basically the same thing, if we have a cost in the future and a cost now, we convert the future cost to a cost now using the discount rate.

That’s all well and good, so why have we had such a history of short-sighted policies?

END_OF_DOCUMENT_TOKEN_TO_BE_REPLACED

The news in New Zealand, from the BBC: NZ man ‘used hedgehog as weapon’

I have the lurgy. This is annoying, I have stuff I want to do. I also have a phone and wireless net, so can moan about it from in bed. I think this counts as progress.

This is my view: 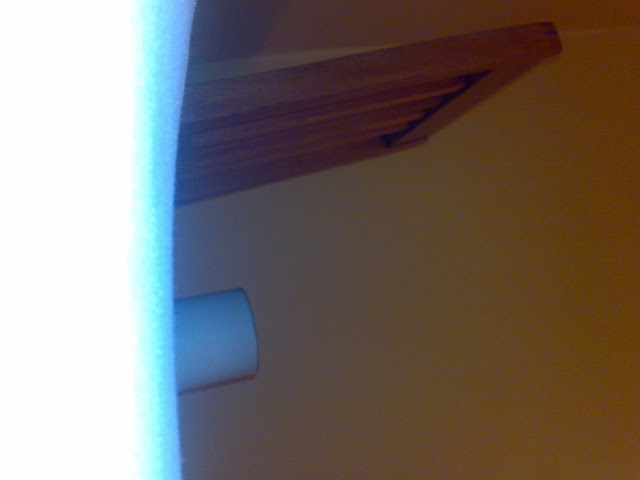