In fact, we’re on the front page of Scoop.co.nz. 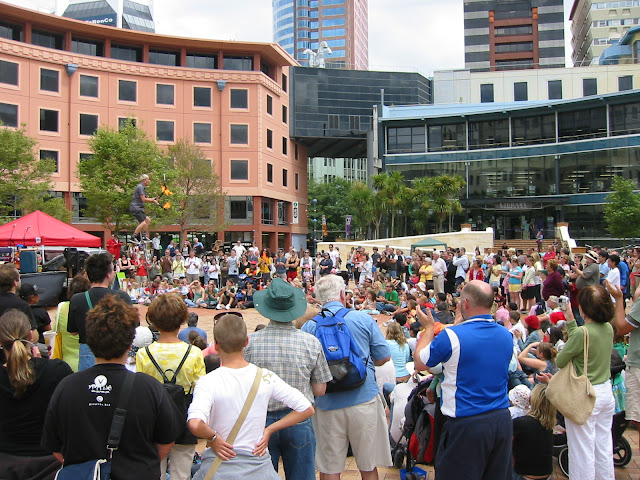 And if anyone has more pics, send them on. I got approximately none of the performers or workshops, as I was busy stewarding. Also, the list of people to thank is huge, pretty much everyone involved in circus in Wellington. Buy them a beer. 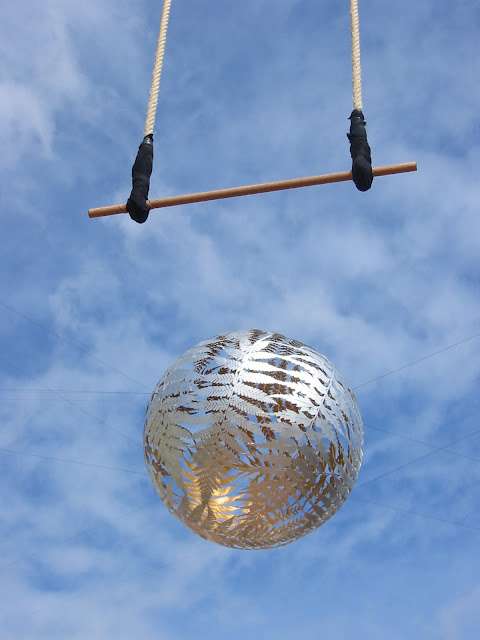 There will be more words and photos, but I started this morning at 6 am, so I need a shower and sleep.

Performances and workshops 12 till 5, the awesome

Be there or rats will wee on your head. Or go to Chrischurch.

[EDIT – Oh yes, there was a reason for me posting today, and that reason is Perilous – free circus festival, with performances and workshops, Civic Square, 12-5pm, this sunday, aerials, Andrea, Pipi, Magenta Diamond, the Twisty Twins, and more. Come along, or lichen will grow on your stationary body.]

The Big Stone – told by Alan Garner
Old people say there once was a great stone to St Andrew’s parish.

And on top, under the lichen, there were words, but nobody could read them for they were all that weathered away, till a boy came and felt them clear with his fingers. And the words told:

‘Hoik me over and
You’ll not waste your time.’

Well, of course, that meant treasure, and they were levering and lifting to turn the stone, and a great stone it was, high as a horse and longer.

Well they got it up at last, end over and down. And they found more lettering, plain as when it was cut:

‘I was tired of lying
On that side.’

To finish off a day of perfect timing – a perfect sunset.

Yes, its finally my turn to call you all pikey pikers from Pikestan. And of course, once yous headed off, he started playing some of the Breakspoll album material, which is more jump-up than the dark and low breaks before. With The Specials mixed in there somewhere too.

And for those complaining about the tunes, when I left, Courtney Place was all Spice Girls.

This week’s East Asia Summit saw the signing of an agreement on several initiatives to cut greenhouse gas emissions by improved technology. Our response to climate chance is to push for technological improvements. But will this approach be sufficient?

Fundamentally, emissions come down to a simple equation. Emissions are wealth multiplied by carbon intensity (the amount of greenhouse gases released for each dollar of GDP). We hope that global wealth will continue to increase as it has done for the last century, at around 2% per year. If so, for the world to match the UK’s reasonable target of a 60% cut by 2050, carbon intensity needs to improve by about 4% a year.

Thus whatever technology we use – renewables, clean coal, nuclear power, better light bulbs, hybrid cars – we need a 4% improvement, every year, from now on. This level of improvement has never happened before. Despite plenty of technological improvement, global carbon intensity has been flat for the last ten years.

What past improvements in carbon intensity have occurred? The UK cut carbon intensity by 1% a year from 1920 to 2000, using gas, oil and nukes to move away from coal. The US cut energy intensity by 2.6% a year (and carbon intensity is roughly similar) from 1973 to 1986, driven by the disruption of the oil shocks in the Seventies. So, even helped by shipping energy-intensive industries off to other nations, the US could only manage to hold emissions roughly constant as their wealth grew.

When it comes to the feasibility of a technological solution to climate change, I’ll quote Dr Adam Tooze & Dr Paul Warde in their submission to the Stern Review: “to achieve that goal, will require actions that are quite literally without historical precedent.”

Here’s a new “climate change isn’t happening meme” – in 2006, Australia was been cooler and wetter than average, therefore the predictions of these lunatic scientists are wrong. This meme has yet to be spotted in the wild in NZ, but I expect it’ll be out there soon enough.

And the first part of it is true, Australia was been cooler and wetter than average:
“2006 was cooler than the previous year when averaged across the whole country”
“average total rainfall throughout Australia for 2006 was about 490 mm, slightly more than the long-term average of 472 mm”
from the “Annual Australian Climate Statement 2006“

So how come there’s a seven-year drought that’s costing them five *billion* dollars and making one farmer commit suicide every four days? END_OF_DOCUMENT_TOKEN_TO_BE_REPLACED

When I am King, a full 57% of my wrath will be saved for those misguided souls who use non-standard screw threads. 12mm diameter, yes, but 1.0 thread pitch? 1.0? No-one in New Zealand has a nut, or even a tap that size. GDMFSOAB!

And people who wear too much perfume on the bus? Don’t think you’re not on the list…

Its JargonWatch Confusion Bingo!
Match the buzzword to its meaning. First to get it right wins a free beer tonight.

Meanings
1) Coal washing
2) God knows, but as far as I can tell, no meaning whatsoever
3) Using internet use as a measure of national innovation
4) System formalisation

And, oh man, are they making it easy for us. Spot the elemantary flaw in this one – “Global And NZ Temperatures Are Cooling, Not Warming, from our friends at the Climate Science Coalition.

Management phrase of the week – “you can get on the steamroller, or stay in the road”]

Usedlasers.com is sadly nowhere as cool as the URL suggests.

END_OF_DOCUMENT_TOKEN_TO_BE_REPLACED

This is trippy. And I’ve only had half a cider. Also, awesome.

And for people who I may have mentioned things to last night, here are all the things I can remember:
“A Colder War“, which is sort of a dry run for “The Concrete Jungle“.

Err.. and there was something else.

My life seems to be particularly fantastic right now. Digging, chilling, reading, make for happy me.

So to stop me being so annoyingly happy, I’m going to have an evening of watching those Cold War misery classics. Forget trivial Holywood comedy like “War Games”, or even the made for TV and Reagan of “The Day After”, I’m going straight for the hard stuff, “Threads” and “The War Game“. And then some bedtime reading, or perhaps some gaming.

although these classics can be found on google videos, if you want to be really mis