Googlewhacks that should return a million hits yet only return one: Rather than bury this in comments deep in

Course, some people aren’t too happy by the prospect of humans creating gods. This could mean:
The End of Science Fiction!
Is Science Fiction About to Go Blind?
Death to the sci-fi muggles!

But frankly, a lot of sci-fi was post-singularity without knowing it. Singularities are just von Neumann probes for brain space rather than physical space.

Neuromancer was pre-post-singularity and very much about how to make sure one of our inventions does not kick off and replace our entire species. (We fail.) And series like Fred Saberhagen’s Berserkers and Alistair Reynolds’ books could be considered post-singularity, in that one (large, old) civilisation is trying to stop everyone else from kicking off into singular states. And the Minds in Iain M. Banks’ Culture books have been through the singularity and are now possibly as smart as can be. And they keep humans around as pets. Which is nice.

I am so broken right now. A week of aerials summer school, two hours a night of hardcore training, trapeze, tissu, doubles, even some swinging. Learnt something new every night, got shouted at lots did clicks and drop into half angel, while swinging, that’s a rush. And being bigger/stronger than everyone else, I was base bitch for doubles, pretty much all the time. And a fun and new bunch of people, dragged a bunch back here after tonight’s training. But I am so broken right now. Am going to lie down and whimper for a while.

Then next week, we do it all again. Woo!

Done a while ago, but don’t have pics of circus training last night, so here’s this instead:

aotearoa:
we don’t know how lucky we are
being pale:
english blood + liking running around in the fresh air + ozone hole = crispy
boys:
well, men really, and the proper ones, not the limp-wristed faggy ones. Anybody see the inherent contradiction here?
chocolate:
is a universal good
drum & bass:
o’right darlin, wanna see the size of my subs? Two twelve-inchers, that’s what.
geek girls:
are the female version of the renaissance man?
invader zim:
I blame pombagira & russiandolls
metal:
my favourite metal? I’d say 7475-T6 aluminium but it can’t be welded. 2219-T651? Great strength but poor corrosion characteristics really let it down. 4130 coz, apparently, “steel is real”, unlike all those other imaginary alloys? H39W? I mean, 4% tungsten, how sweet is that? But its not much use unless its red-hot. 6Al4V still a bitch to machine. Its all compromises, much like life.
politics: how can any not be? That’s like saying “please, kick my puppy, I don’t mind”. And see the above note on metals.
science fiction:
Where they have unobtanium, which avoids compromises by being perfect. In past times, we used holy books for this purpose.
Swords:
Instructions for use:

I think we can all agree who wins this round.

Back from Essayland and straight into aerials summer school. Learnt lots of new moves and, you never know, if some of the men in the beginners class stick with it, then I might get to do doubles as a flyer, instead of having to be the base. And yes, lots of cool toys to play on.

Erf… back to sleepy reality.

Today, I learned all about critical realism. It sucked donkey cock. The learning, that is. Critical realism itself is the throbbage.

Head hurts but essay is getting there. And I still think the best response to postmodernists is to hit them with a poker: 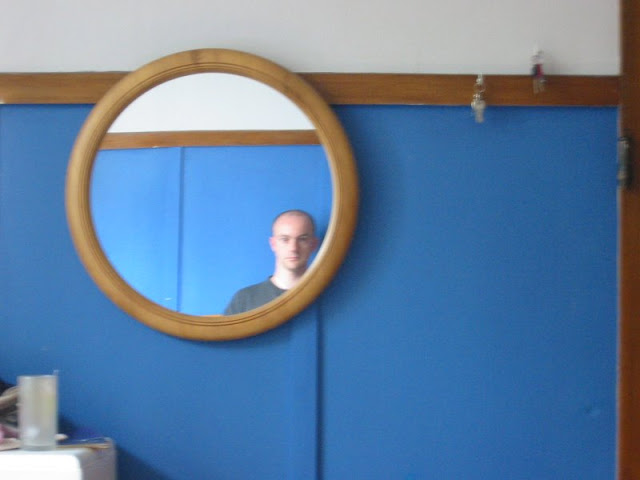 And has done for quite some time.

Anyway, nuff whinging, back to it.
[Edit – but hey, have just got to reference Feyerabend, who came up with an anarchist theory of scientific knowledge. It was a bollocks theory, but cool, in the way that Hakim Bey would be if he rambled on about radical astronomy rather than radical islam.]

“Agenic” – meaning to have agency, which in this case, means the ability to act. So and agenic person is one who can act. And as I decided that

And “epistemic communities” – I won’t even bother trying to explain, its simply not worth knowing.

No exercise for two whole weeks. This is possibly the longest in memory, due to holidays and essay. (Well, no exercise except horse riding, a brief aerials session in front of a few hundred adled ravers, and minor commuting.) And my body felt like crap. Stiff and grim.

So, today off to work on essay, oops, ended up doing aerials this morn. And have lost plenty of strength, but feel very re-energised, and sore. And have had a good stretch out. Which was so needed.

Nice set up at Te Whaea, going to be good for the summer school next week. Lots of toys.

And the skin on my hands seems to have adapted to two years of aerials by learning to grow very, very fast. And when I stop, hands turn into shaggy abombinable hands of doom. So when I start again, all the excess skin peels off in sheets. Its wierd, and means I have to keep apply new rosin coz I’m constantly climbing on new skin. Hence much dead-skin pickage.

Now, there was something I was going to do? Oh, yes, essay. Bollocks.

Headed off, camping plan being grab the earthquake box, throw in back of van, eat all the out of date food. (Except for the hammer and six-inch nails. We have a serious earthquake box, when the big one hits, party at our, kay?)

Bloke next to us in Havelock had his tent blow down at 3 am. Vans make the best tents. Except for those huge russian helicopters with spa pools in the back. Those are better, though the mileage is crap.

Saw the new year in by doing aerials on a tree-swing near the stage as Aphrodite played. Swing was a nylon truckers tape, hence lost skin off four fingers and back, but impressed assorted adled punters.

Dust at a festival? No, its supposed to be ankle deep mud. Its just not right, I tell you. And camping discovery of the year- ratcheting tie-downs with big hooks on the ends. Perfect for attaching shade sails to vans, cars and trees. Bits of string are poop.

Shapeshifter played between Salmonella Dub and Concord Dawn, started off sounding like SD, finished sounding like CD, and got extra points for stealing Queen and the Knight Rider theme tune along the way. Concord Dawn were loud, as ever, then it was time for bed. All fantastically good tunes.

A while after all that, Best! Shower! Ever!

Dropped rivet and allyn off at Kiwiburn. Hippies! Scenery. Hippies! Swimming in the river. Hippies! Me naked. Hippies!

Okay, we greatly exceeded out daily hippy exposure limit, and had to run away. So, two hours later, we were sitting, clean, in a beautiful resturant/lodge, eating most fine nosh, including the best greens I’ve had in quite a while, grown out the back. The lodge has mud brick walls, turf roofs and the best wash room I’ve found yet. They’ve a big folder of pics of how they made the place, including articles from Finnish newspapers. Lovely. Okay, dammit, we’re still hippies, but rich, clean ones at that.

Cruised round to some friends at Penzance Bay, middle of nowhere deep in the Sounds, tieke did tissu over the beach. Went for a ride in the Pelrous river, a shag swam under my horse, then wandered back home, bumping into rivet, allyn and others in Picton, then more others on the ferry. Then went to bed. 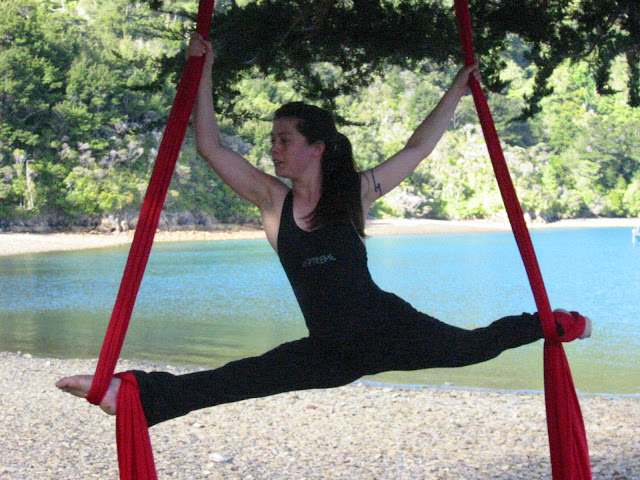 Have made a reasonable dent in the Pile. Thoughts being:
“A brief history of progress” – much like Jared Diamond’s “Collapse”, but shorter. About how civilisations adapt to environmental change, example civilisations being the Incas, Mayas, Easter Islanders and Summerians. None of those are around any more, coz these civilisations basically didn’t adjust.
“Tinker, tailor, solider, spy” – John le Carre at his best. Intricate, convoluted, decitful, and let’s face it, would you trust someone from Cambridge university? Yes, I admit it, I’m a Soviet spy. Though they’ve been most tardy in sending through my pay cheques this past decade.
“Aikido and the new warrior” – Vaguely related to the above, what do warriors do when weapons are too powerful to use? We garden instead. Fear us! Well, actually, make us cups of tea, ta.
“Ethics – a very short introduction” – bugger, there’s lots to this ethics thing. But I’d still like to know how far virtue ethics could go if placed on rollerskates with a rocket strapped to its back. And having read it would have come in most handy for a discussion with tatjna a few months back.